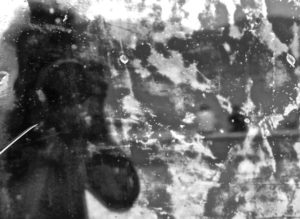 Marco Palombi, a Roman photojournalist, has been travelling around the world since the ‘90s collecting images and videos for his reportage.  Ethnic minorities, nomadic peoples, and the contrast between the West and East are the nucleus of his photographic research

Since 2007, he has been publishing his reportage in the Italian daily newspaper “La Repubblica” and in “La Stampa”.

In 2014 his feature film “Waiting for Tomorrow”, shot in the Democratic Republic of Congo, was screened at the International Film, Food and Videodiversity Festival in Trento.

In 2015, he documented the tragic disembarkation of migrants in Italy and the first-aid and emergency treatment at the reception center in the port of Augusta (Sicily).

In 2017, he went to Kazakhstan to witness the inhumane conditions of coal miners working 600 meters below the surface in the Karaganda mines.  In the same year, he travelled to Khartoum (Sudan) for the ten-year anniversary celebration of the Salam Center hospital, with Emergency Association.

His recent stories include:
Ethiopia – the dam that erases people and their traditions
Haiti – malnutrition and food safety
Syria – in the houses of children saved from the war
Niger – migrants in the land of the suspended ones

Lebanon – The adventure of little Syrians

Tanzania – The beautiful youth at the civil service

Moldova – At the border with Ucraine,the stories of the war that doesn’t end

His shots have been used for book covers: